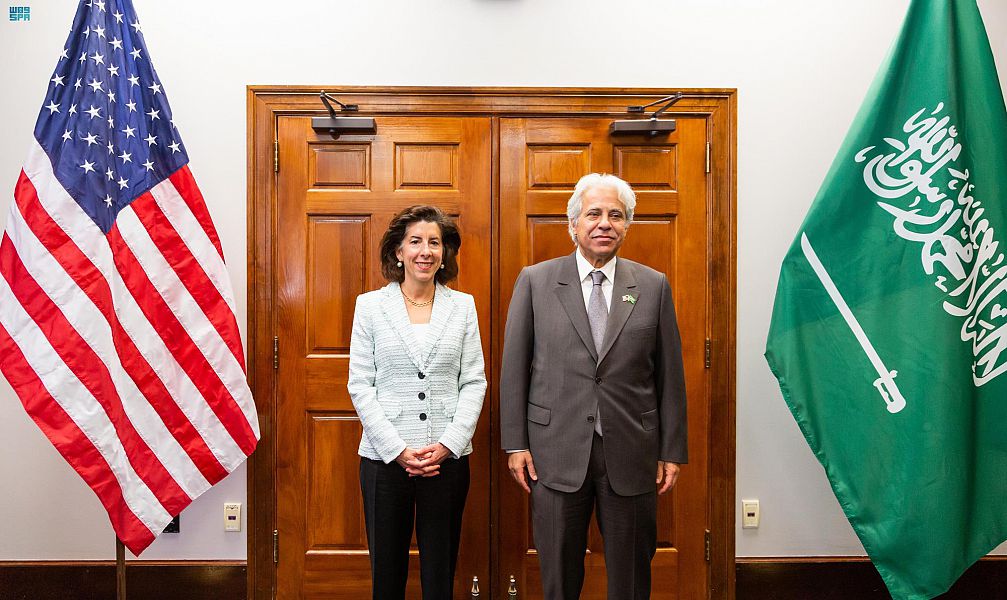 Dr. Al-Qasabi, who heads a Saudi delegation on a visit to the United States of America, said: These discussions are part of both countries’ keenness to increase bilateral coordination according to a joint action plan that can increase the commercial exchange opportunities in several promising economic sectors, such as: building the green economy, strengthening the role of women in doing business, developing small and medium enterprises (SMEs), and promoting innovation.

Later on, Al-Qasabi held a meeting at the Georgetown University with Professor Jennifer A. Hillman, President of the world trade academy, and several officials at the university in the presence of the Saudi ambassador and Deputy Minister of Commerce and CEO of the National Competitiveness Center Dr. Eiman Al-Mutairi, where the meeting touched on the academy’s experiments and other recently launched programs of the academy, such as the center of comprehensive trade and development, in addition to going over cooperation opportunities.

Al-Qasabi also met with President and Chair of the Board of Directors of the Export-Import Bank of the United States (EXIM) Reta Jo Lewis, in the presence of the Saudi ambassador, over means to enhance Saudi-U.S. economic partnership.

The delegates also held bilateral meetings with several U.S. government’s officials at the U.S. Department of Commerce with the aim of institutionalizing and enhancing government communication between the two sides at all levels, in addition to reviewing the top reforms implemented to increase the Kingdom of Saudi Arabia’s competitiveness.

The Saudi delegates and U.S. officials discussed bilateral partnership and promising opportunities in the fields of hydrogen production, waste management, promoting innovations through protecting intellectual property, enhancing the knowledge economy based on artificial intelligence, cloud storage, data flow, developing SMEs, and the role of women and their participation in the economic development.