The Council of Ministers, also called the Cabinet, advises the King and facilitates the country’s development. It represents 22 different government ministries and is presided over each week by the King or his deputy. 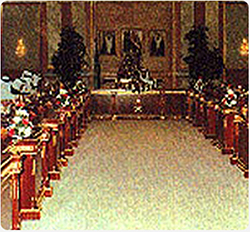 The Cabinet is responsible for drafting and overseeing implementation of the internal, external, financial, economic, education and defense policies as well as the general affairs of the State.

It is the final authority for financial, executive and administrative matters. Its resolutions are non-binding unless agreed upon by a majority vote. In case of a tie, the prime minister casts the tie-breaking vote. It functions in accordance with the Basic System of Governance and is advised by the Majlis Al-Shura (Consultative Council).