The Custodian of the Two Holy Mosques King Salman bin Abdulaziz and President Xi Jinping of the People's Republic of China held talks at the Great Hall of the People in Beijing today. During their meeting, they reviewed the bilateral relationships and prospects of joint cooperation in various fields, and the latest developments at the international arena.

King Salman expressed his pleasure at the level of the bilateral relationship, especially the level of the strategic partnership. King Salman said the world today is witnessing many challenges that threaten security and stability topped by the phenomenon of terrorism, interference in internal affairs of states, the arms race, and the clash of cultures. The king said that these challenges necessitate that the international community exert more efforts and work together to confront these challenges and enhance international peace and security.

Following their talks, King Salman and President Xi attended the signing of a number of memoranda of understanding and cooperative agreements covering a wide range of areas, including trade and investment, space exploration, educational, labor, the peaceful use of nuclear technology, drone manufacturing, energy, and broadcasting.

King Salman is paying a state visit to China from March 15 to 18 as a guest of President Xi. 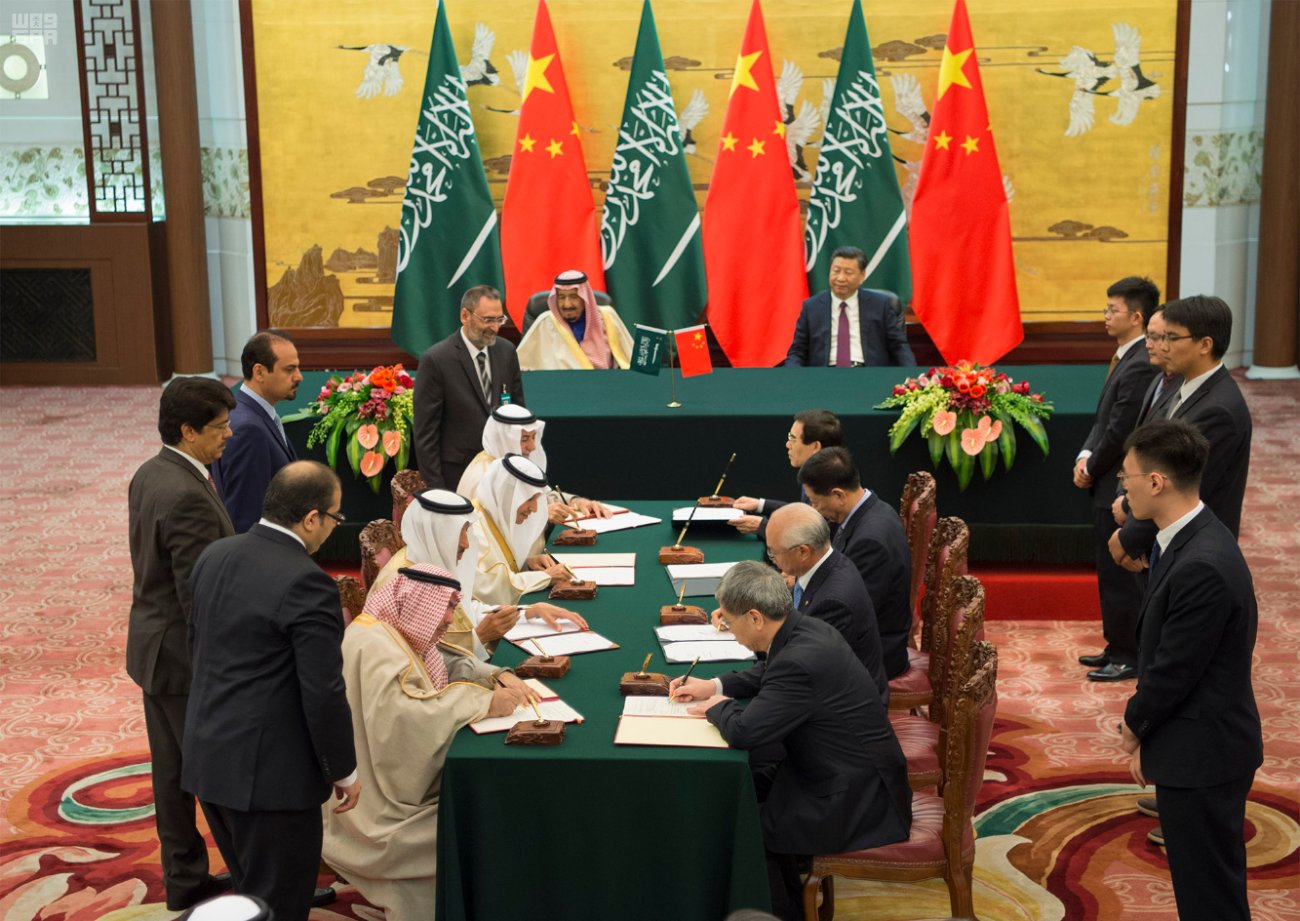